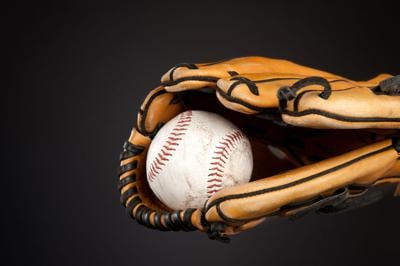 As we head into the College World Series, it seems appropriate to start a discussion of the Greatest College World Series players of all-time. The following are the players I selected from a site I found on the internet called Yardbarker. The writer, Jeff Mezydlo, has over 25 years of experience, including several times covering the college series.

Mezydlo’s efforts to narrow the list to a mere 25 players – not all winning the Most Outstanding Player award – was nothing short of herculean. There have been thousands of players to have played in the series from 1949 to 2021 and now we will add those who play this season.

The following are the players on the list Mezydlo prepared for Yardbarker which I have selected as the ones I feel are the best to have appeared in the event. I am nothing short of passionate about the first player I listed, mainly because Sal Bando was my favorite Oakland A’s player ever. The second one is no doubt on my list because of the Patriotic streak he showed while playing for the Chicago Cubs when he snatched the American flag away from protestors who were about to burn the banner in the outfield of the game he was playing against the Los Angeles Dodgers on April 25, 1976.

While the Cubs lost 5-4 in 10 innings that day, Monday was the hero of the game. The Dodgers flashed “Rick Monday . . . You Made A Great Play” on the scoreboard and the 25,000 plus fans in attendance broke out in a spontaneous chorus of “God Bless America.” Monday, 76, still owns the flag he saved and has refused offers of $1 million dollars to sell it which he says he never will. All I can say is “God Bless Rick Monday.” He was a hero when you did not have to feel ashamed to love America.

Well, enough, here are the players I picked as my Greatest College World Series players of all-time:

It’s been 53 years, but Bando’s performance helping Arizona State to its first College World Series title in 1965 is still hard to top. The junior third baseman set tournament marks with 12 hits and 21 total bases and tied records for runs (10), RBI (nine), doubles (four) and stolen bases (four). He also batted .480 while hitting safely in each contest. Bando’s success carried over to the majors, where he was a four-time All-Star and three-time World Series champion with the Oakland A’s.

While Sal Bando was dominant in the ‘65 College World Series, his Arizona State teammate wasn’t too shabby either. Monday homered in the first inning of the Sun Devils’ 2-1 victory over Ohio State in the championship game. He hit two homers for the series and recorded four RBI to make the All-Tournament Team. Also in ‘65, Monday became the No. 1 pick in the first Major League Baseball draft and went on to enjoy a 19-year big league career.

The former Atlanta Braves star was a three-time College World Series participant. In 1977, he helped Arizona State claim its fourth title while clubbing two homers and driving in nine runs to earn the honor of the tournament’s top performer. Though the Sun Devils were runners-up to USC in ‘78, Horner homered and had 11 RBI for the series. His 20 career RBI are a CWS record.

One of the best hitters in college baseball history, Ventura was the 1987 Golden Spikes Award winner. That season, his NCAA-record 58-game hitting streak was snapped against Stanford at the CWS. Though that run ended and the Cowboys never won a title in Ventura’s three trips to the series, his .459 (17-for-37) career average ranks among the highest in tournament history. Ventura’s seven career doubles are tied for first all time at the event.

In 1966, Arlin tossed a pair of complete-game wins and made three relief appearances to earn Most Outstanding Player honors, as Ohio State won the title to finish the business it started as runner-up one year earlier. Though the Buckeyes fell short in ‘65, Arlin posted the most memorable moment of that tournament when he struck out 20 in 15 innings — both records that still stand — in a 1-0 victory over Washington State in the semifinals.

The Hall of Fame slugger was named Most Outstanding Player of the 1973 tournament — as a pitcher — but he also hit .363 during the event. In Minnesota’s opener, Winfield fanned 14 for a 1-0 victory over Oklahoma. The Gophers reached the semifinals, where Winfield struck out 15 USC hitters over eight innings while building a 7-0 lead. However, things fell apart in the ninth, as Winfield left after giving up three runs and the Trojans scored eight times to stun the Gophers with an 8-7 victory.

The Most Outstanding Player in 1980, Francona set a record at the time by getting a hit in seven straight official at-bats. He ended up 11-for-24 with a home run, six RBI, five runs scored and a tournament-leading 18 total bases for the national champion Wildcats. Though Francona played 10 years in the majors, his greatest professional success has come as a manager. He ended Boston’s 86-year World Series title drought in 2004, then guided the Red Sox to another in ‘07 and took Cleveland to the Fall Classic in 2016.

Mark Clark is a local sports writer for The Citizen of East Alabama.