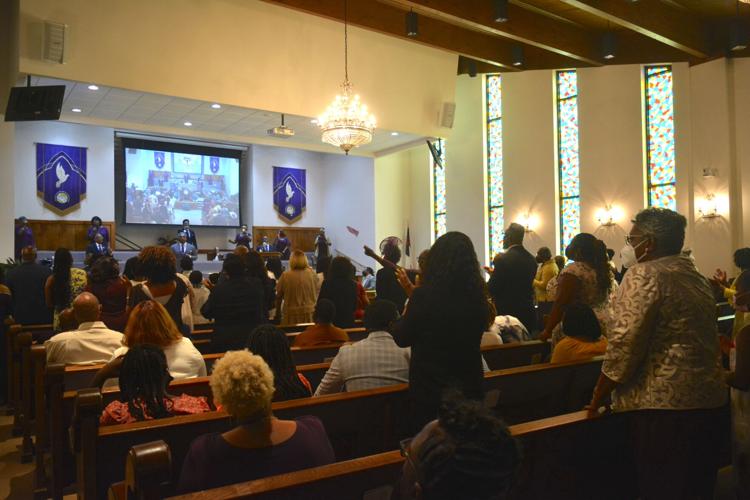 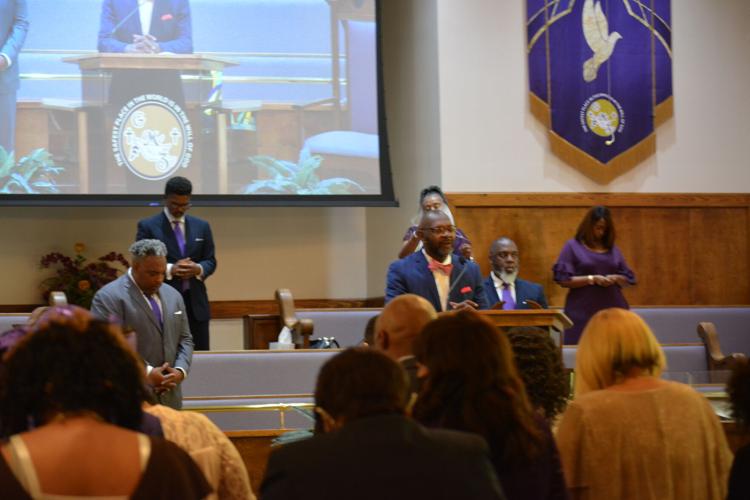 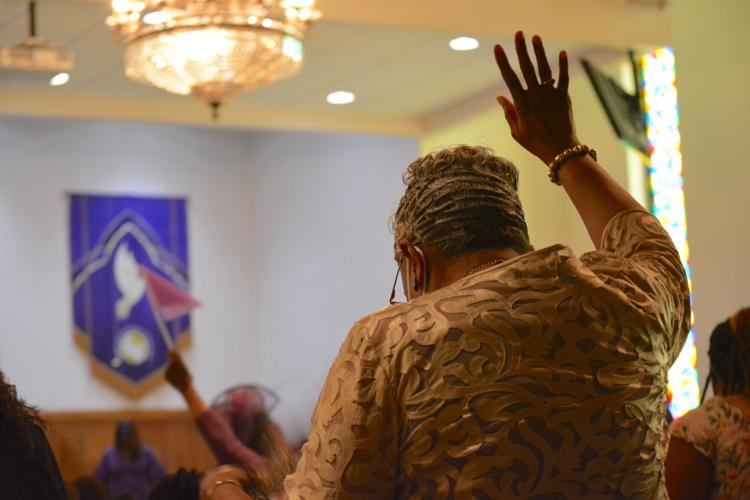 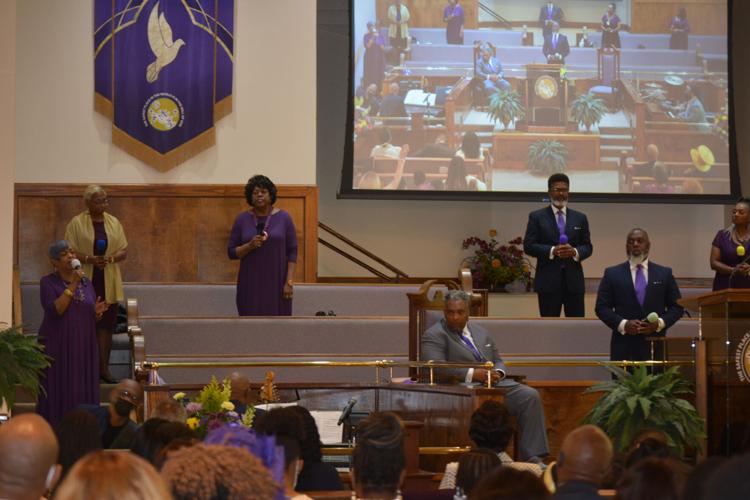 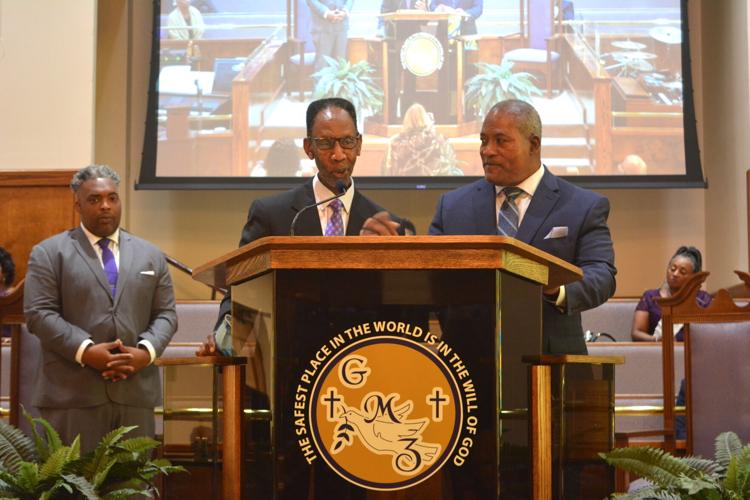 Pastor Noble Williams and Phenix City Mayor Eddie Lowe address the congregation at Greater Mt. Zion MBC. The Church is celebrating its 150th anniversary.  Noble said the event represents “stability and longevity and that we were built on a solid foundation...this church has weathered it all.” 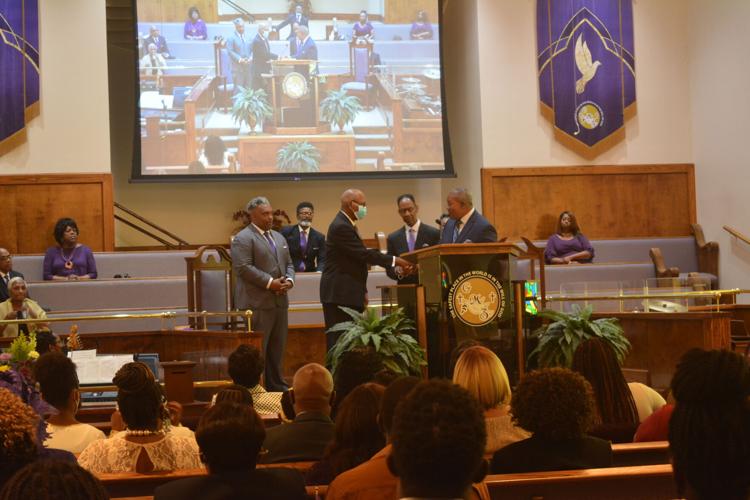 Pastor Noble Williams and Phenix City Mayor Eddie Lowe address the congregation at Greater Mt. Zion MBC. The Church is celebrating its 150th anniversary.  Noble said the event represents “stability and longevity and that we were built on a solid foundation...this church has weathered it all.”

The rich and beautiful voice of Mahalia Jackson lifted spirits as the 150th Anniversary of Greater Mount Zion Missionary Baptist Church got underway on Sunday afternoon. Impeccably dressed in their finest suits and gorgeous dresses, worshippers filed in and found their places within the sanctuary, pausing to happily greet each other. Many parishioners wore purple, either in entirety or just a touch in a tie or a blouse, and waved purple flags – the church’s color. The mood was one of excitement as they settled in for the main event in hushed whispers.

Minister David Hughes called everyone to worship, saying, “We’re not just here for our anniversary program. We’re here for a worship experience.” The crowd responded loudly in jubilation.

The church’s choir, the Zion Singers, sang beautiful, soulful songs that told the story of sorrow, struggle, faith, and triumph. Then, Pastor Robert Battle held the prayer, followed by Phenix City’s mayor, Eddie Lowe, who read the proclamation honoring the church and its 150th Anniversary.

Pastor Hayward Hudson, a rousing orator, spoke of the history of the church, of how it began in 1872 with four believers – Mrs. Francis Williams, Mr. Sol Ivey, Mr. Commodore Bentley, and Rev. Ethan Jackson and how, in 1880, they began their mission on the McDougal plantation. Later, the mission erected the “Bush Tabernacle” in the Sugartown cemetery. The first pastor was Rev. Jackson. Following Jackson, from 1900 to the present, these anointed men of God have led the church: Rev. Daniel Griffin, Jr., Rev. James Carter Cook, Rev. Cecil Terry, and now, Pastor Noble D. Williams who grew up a stone’s throw from the church.

“Who in the world wants to go to Sugartown Cemetery and form a church?” Hudson asked as he talked about how the congregation saved money and kept faith as “penny by penny and brick by brick and prayer by prayer,” they built the church.

The Dancing Disciples, a group of girls who wore immaculate white and gold dresses, beautifully danced in the aisles in praise, raising their hands to the sky as they moved in mesmerizing motion. They waved large, colorful flags, and at the end of their dance, the riveted audience showed their appreciation with much applause.

After a history video, a group of boys, the Men of Dissertation, addressed the congregation with a message of congratulations. They were followed by the Zion Singers, presented by Sister Sara Smith. They sang a wonderful, energizing medley that celebrated the history of Black church music, bringing many in the congregation to their feet as they clapped in rhythm.

Pastor Noble Williams introduced world-renown speaker Bishop Williams Sheals from Hopewell Missionary Baptist Church in Norcross, Ga., who recounted the story of Joseph and how his 11 brothers threw him in the pit, equating the pit to sin and how believers don’t have to stay in the pit. They can be lifted out. After remarks from Noble, Bro. Aubrey Jerome Allen, and Min. Sherwanda Willis, and Bro. Eric Wilson, Sheals gave the benediction and the celebration ended. Pastor Noble Williams finished with the church’s motto: The safest place in all the world is in the will of God.” 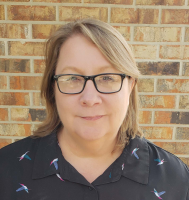 More from this section

Ben Stiller 'shocked' and 'distressed' by war in Ukraine